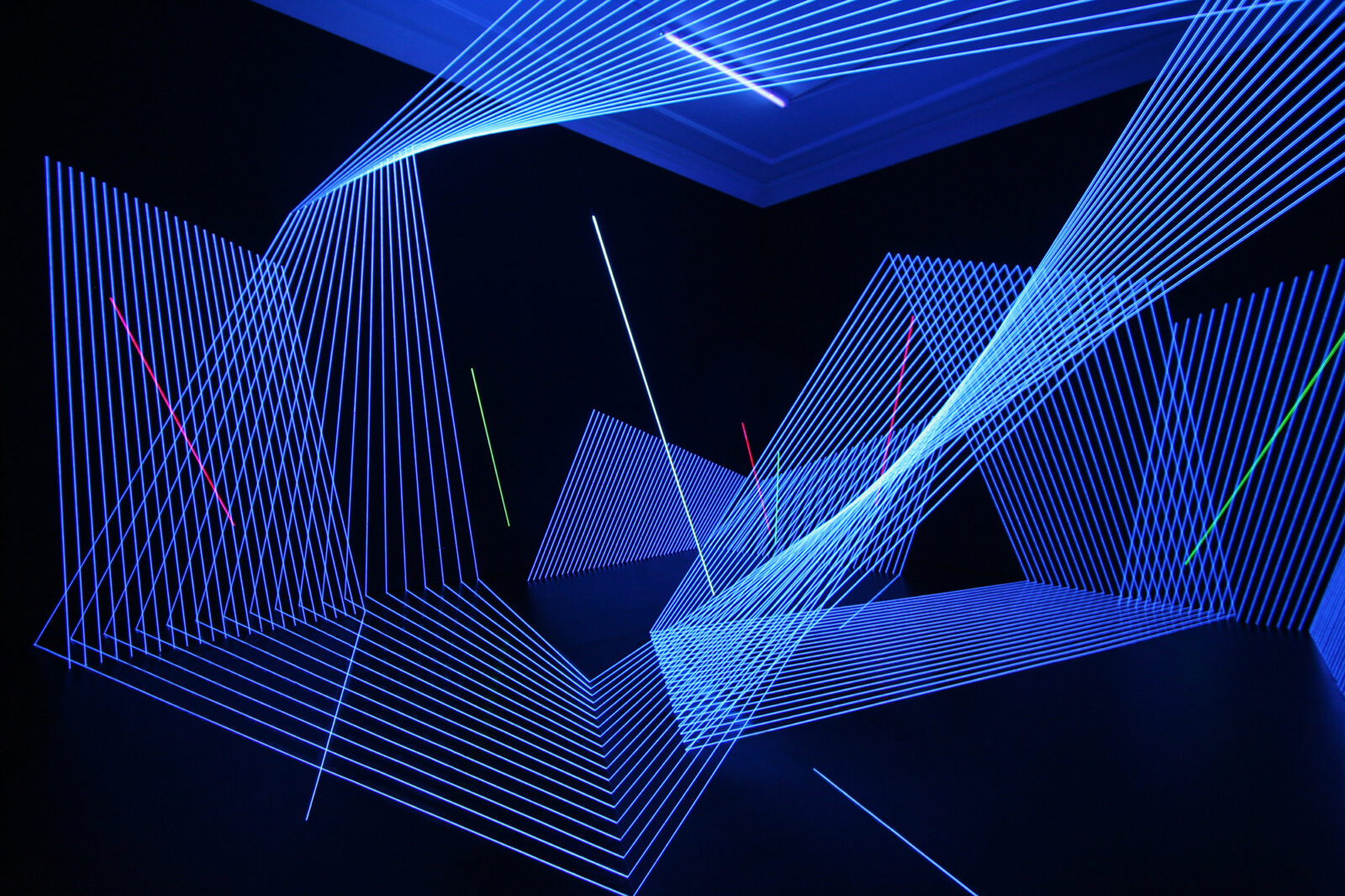 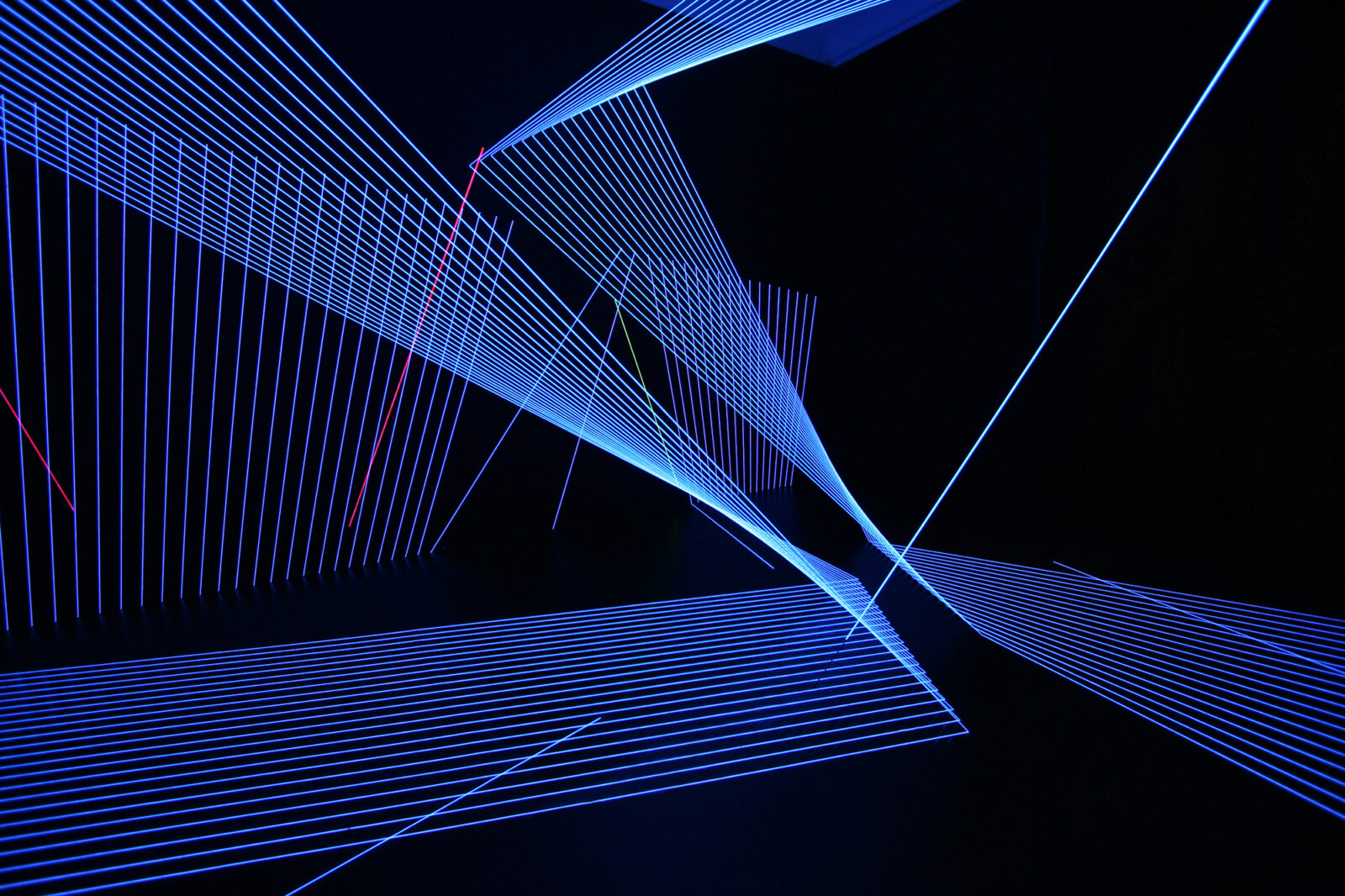 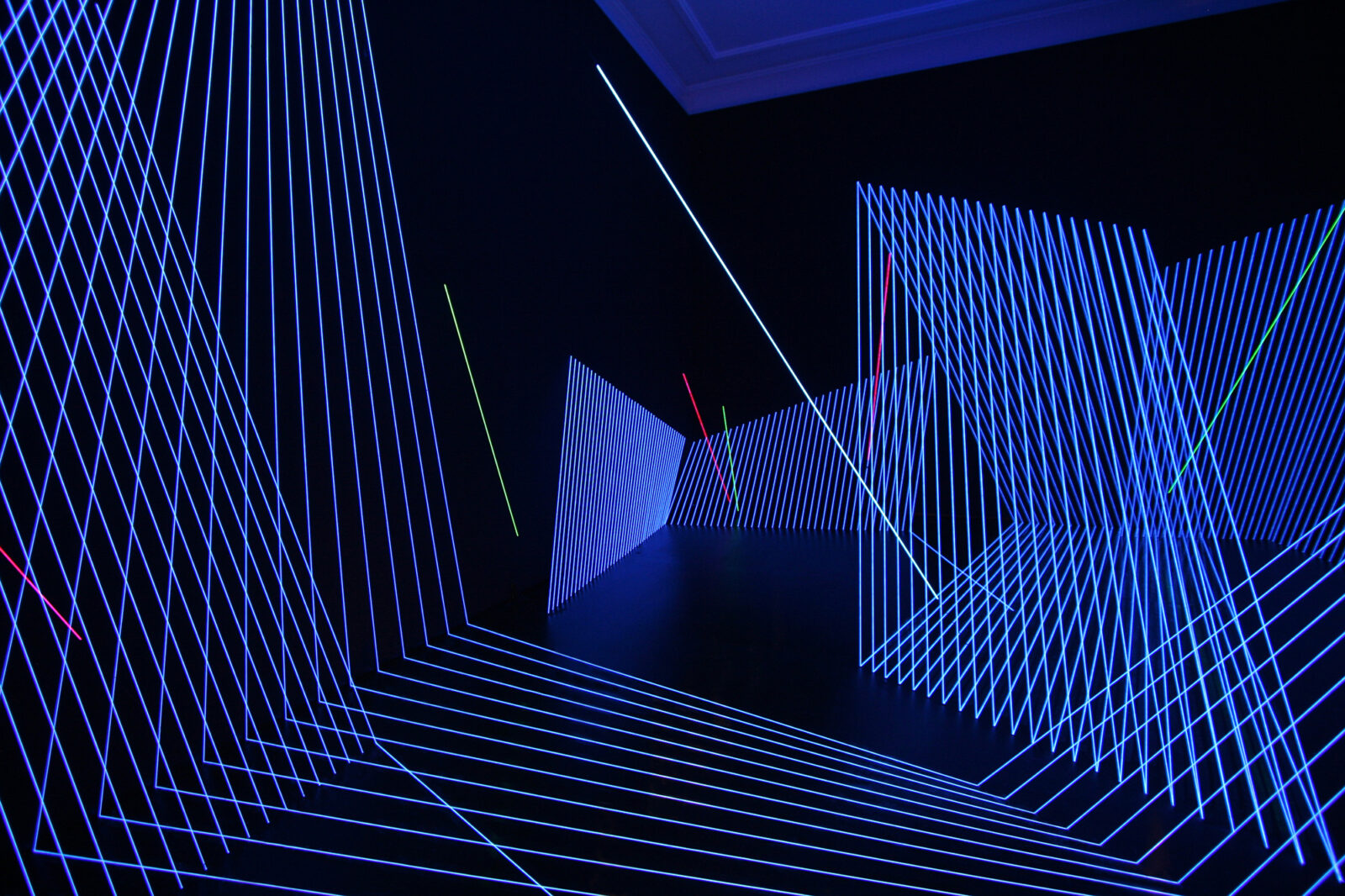 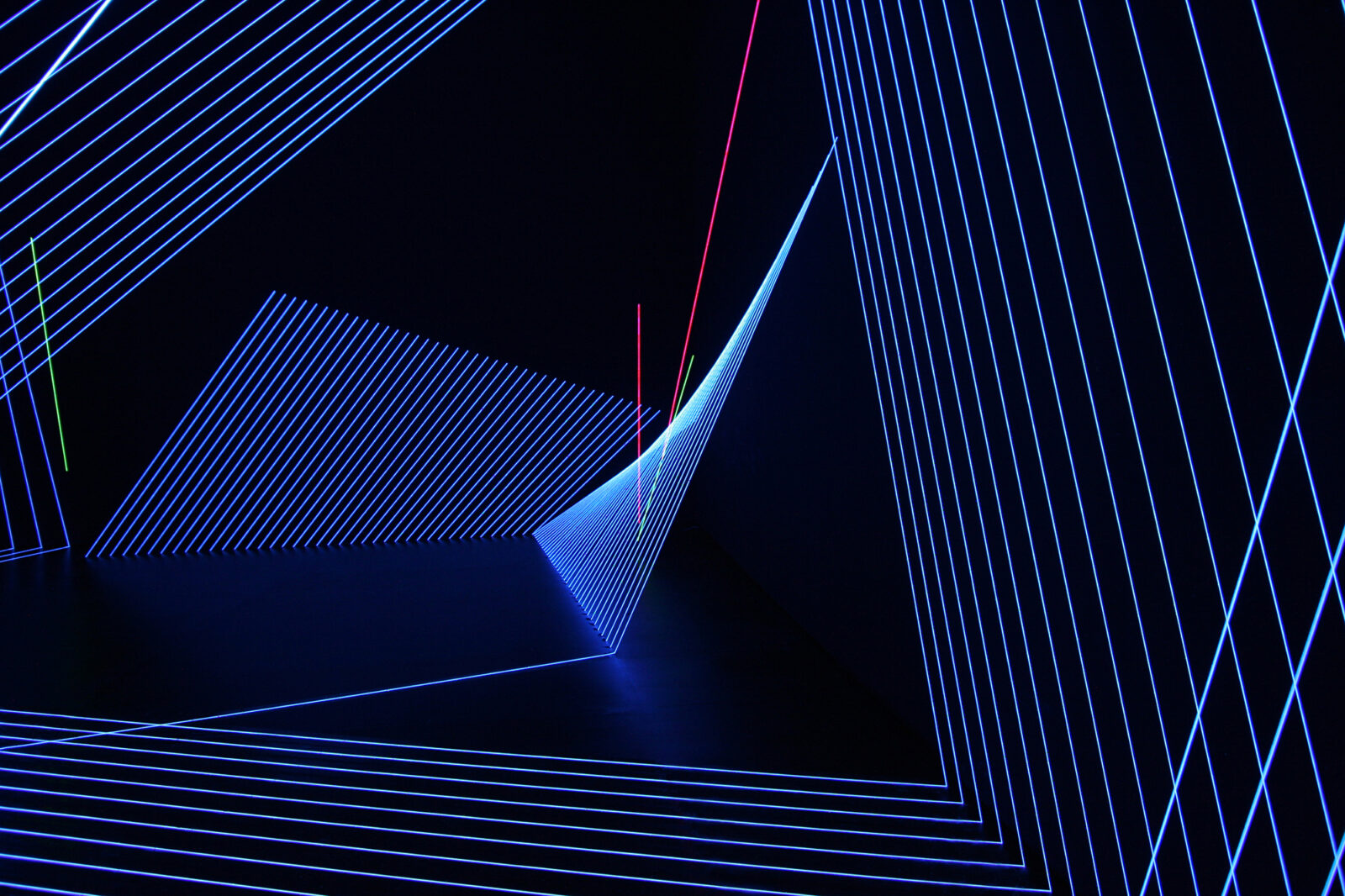 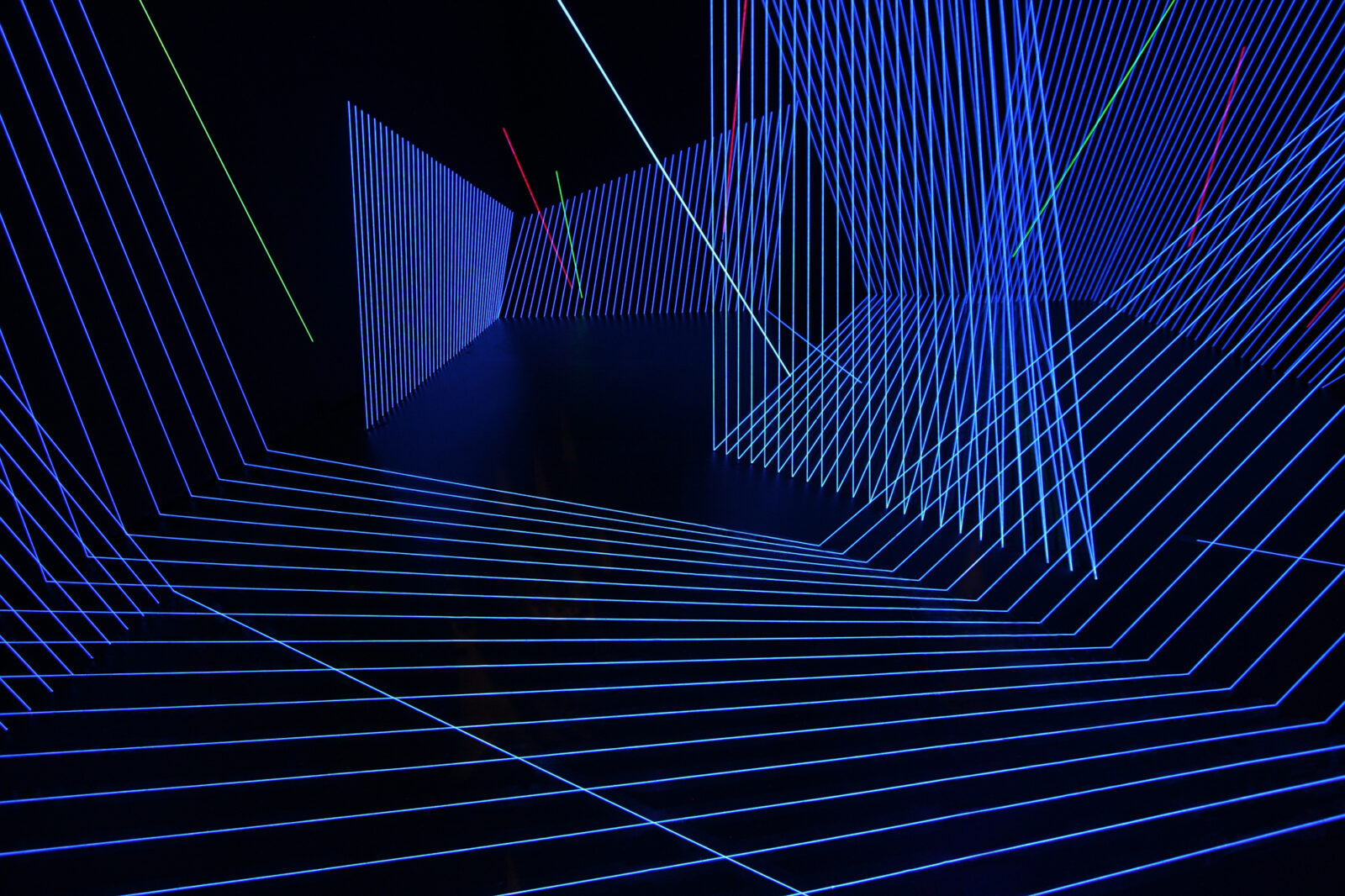 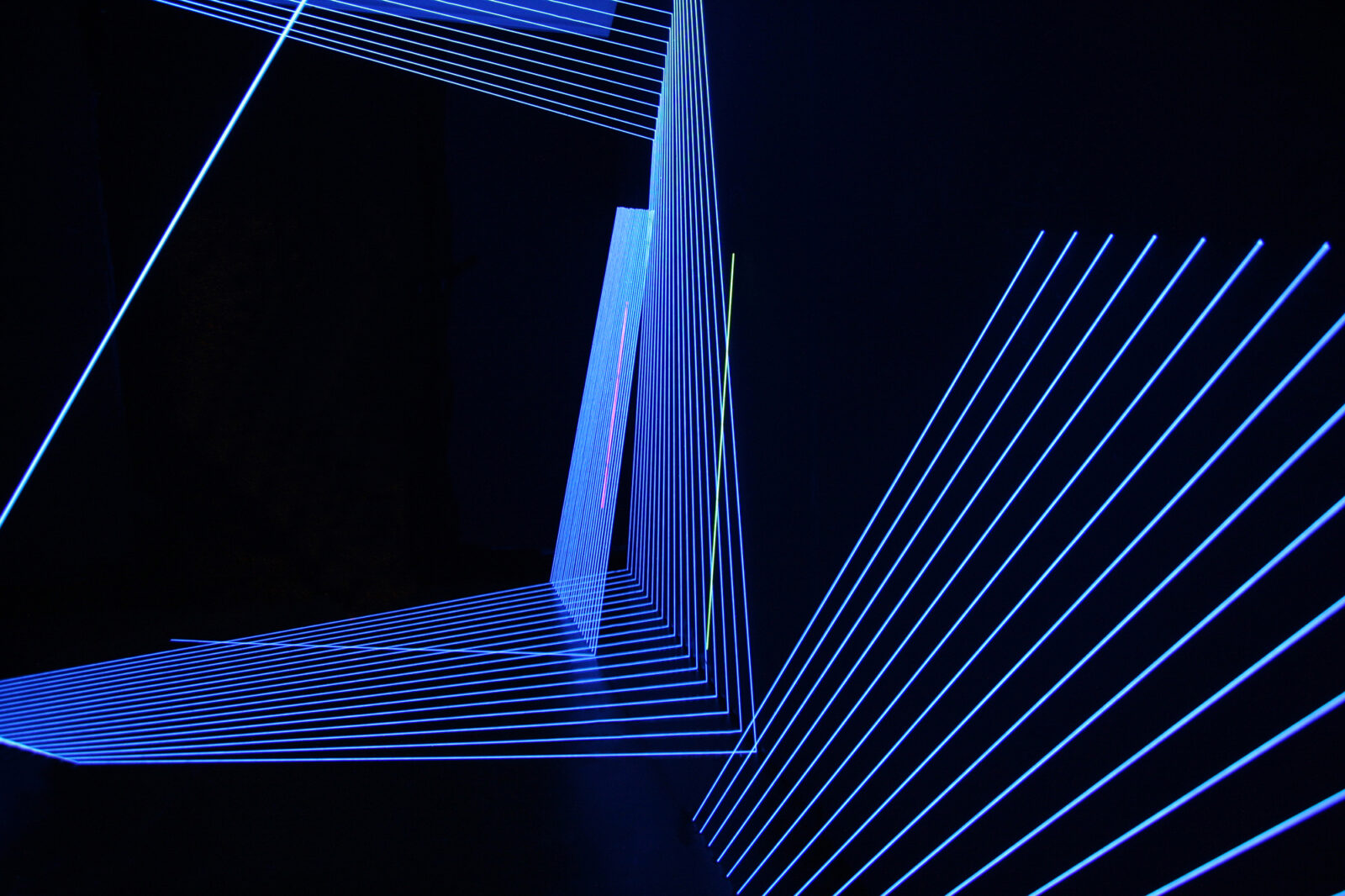 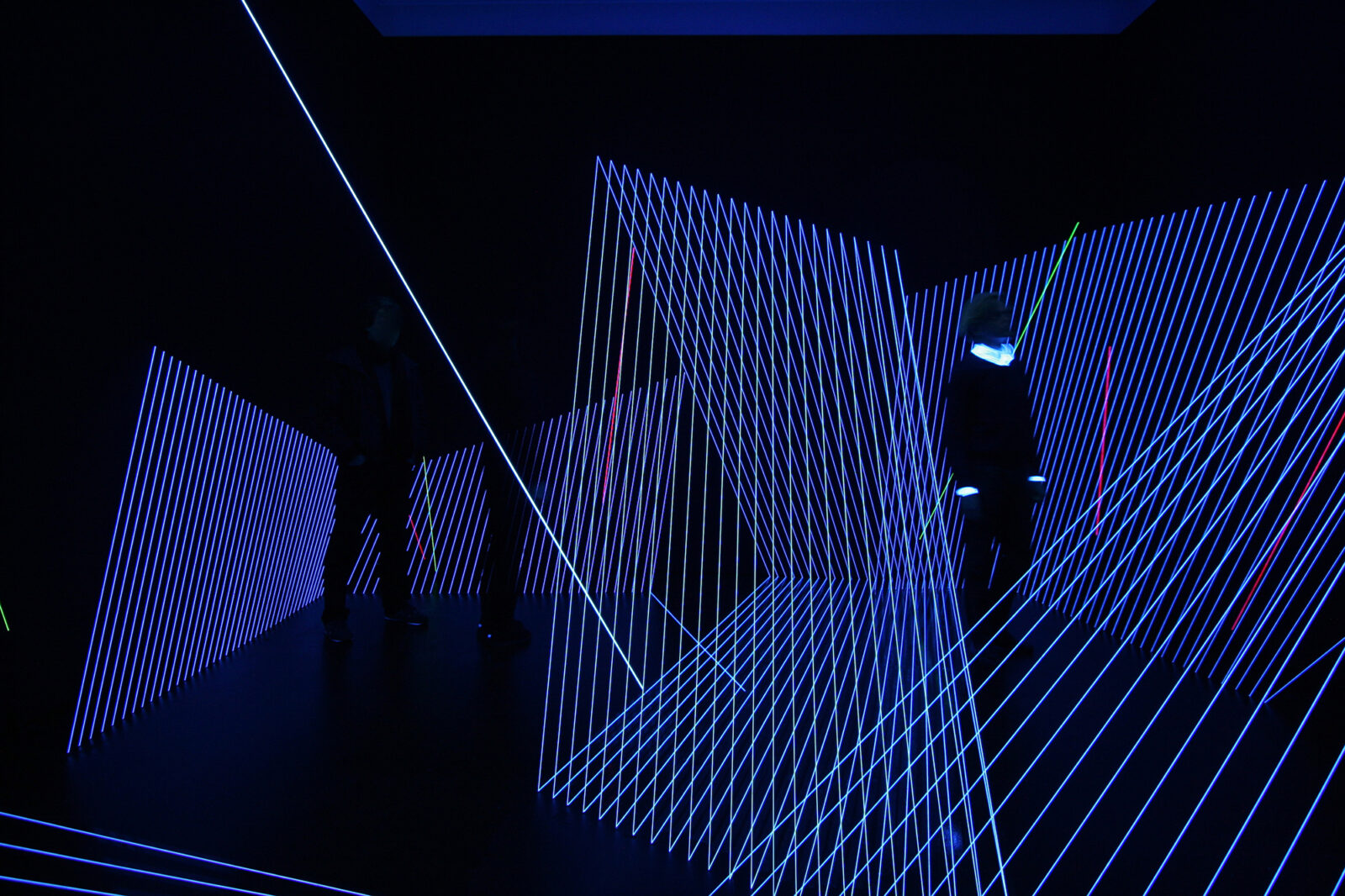 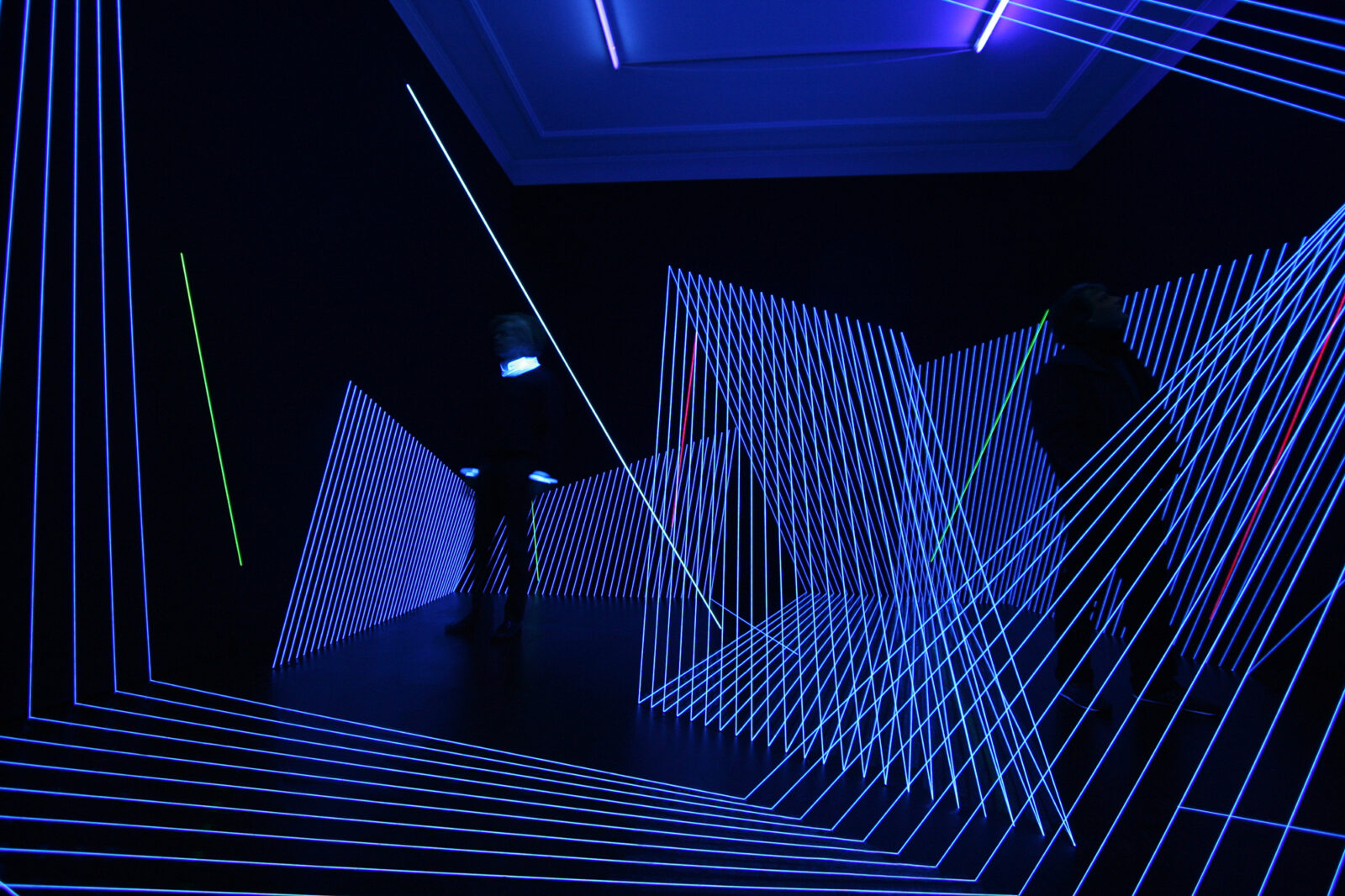 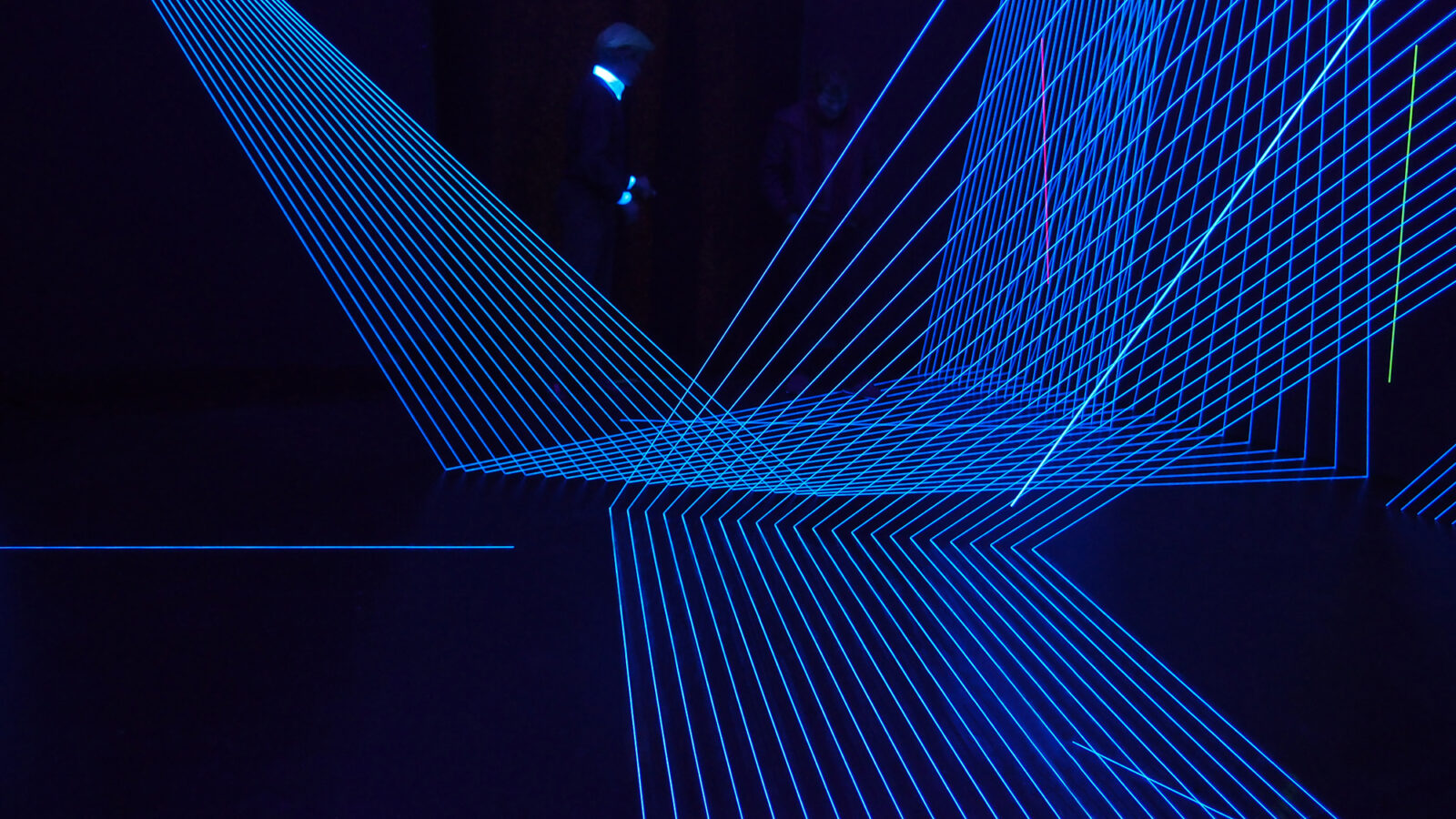 The installation, created especially for Moeller Fine Art Berlin, is composed of white threads woven through the outer floor and walls of the exhibition room, visible to the eye only by ultraviolet light. “I draw directly into the room, walking through the space with thread,“ the artist explains. This luminous, kinetic environment requires visitors to interact with the work and surrounding space. In PULS Choi actively references the movement and frequency of seismic waves that occur during earthquakes, volcanic eruptions and tsunamis all over the world and predominantly in the East. Alongside this installation, the gallery will present a selection of the artist’s two-dimensional works.

„PULS“ will run parallel to „mark tobey: between east and west“ through 25 January. Despite the difference in generation and medium, Jeongmoon Choi and Mark Tobey find commonality in their approach to drawing. Like Tobey, Choi emphasizes the delineation and restructuring of space, as well as movement over time. Through the interplay of surface and line, Choi’s installation, as well as her two-dimensional work, also creates a particular sense of depth, in which Choi initiates the process of investigation of perspective within a space.

Born in 1966 in Seoul, Korea, Jeongmoon Choi studied painting in her hometown before relocating to Germany in 1995. The following year, she continued her education at Kunsthochschule Kassel. The artist now divides her time between Seoul and Berlin, where she moved in 2001. Jeongmoon Choi has exhibited in various private and public galleries and institutions around the world, such as Karst, Plymouth; Frise Künstlerhaus, Hamburg; Saatchi Gallery, London; Kunstraum Kreuzberg Bethanien, Berlin; National Museum for Modern Art, Kwai Chun; Fine Art Center, Seoul; Chung Nam Art Museum, Seoul; the Sculpture Park, Seoul.