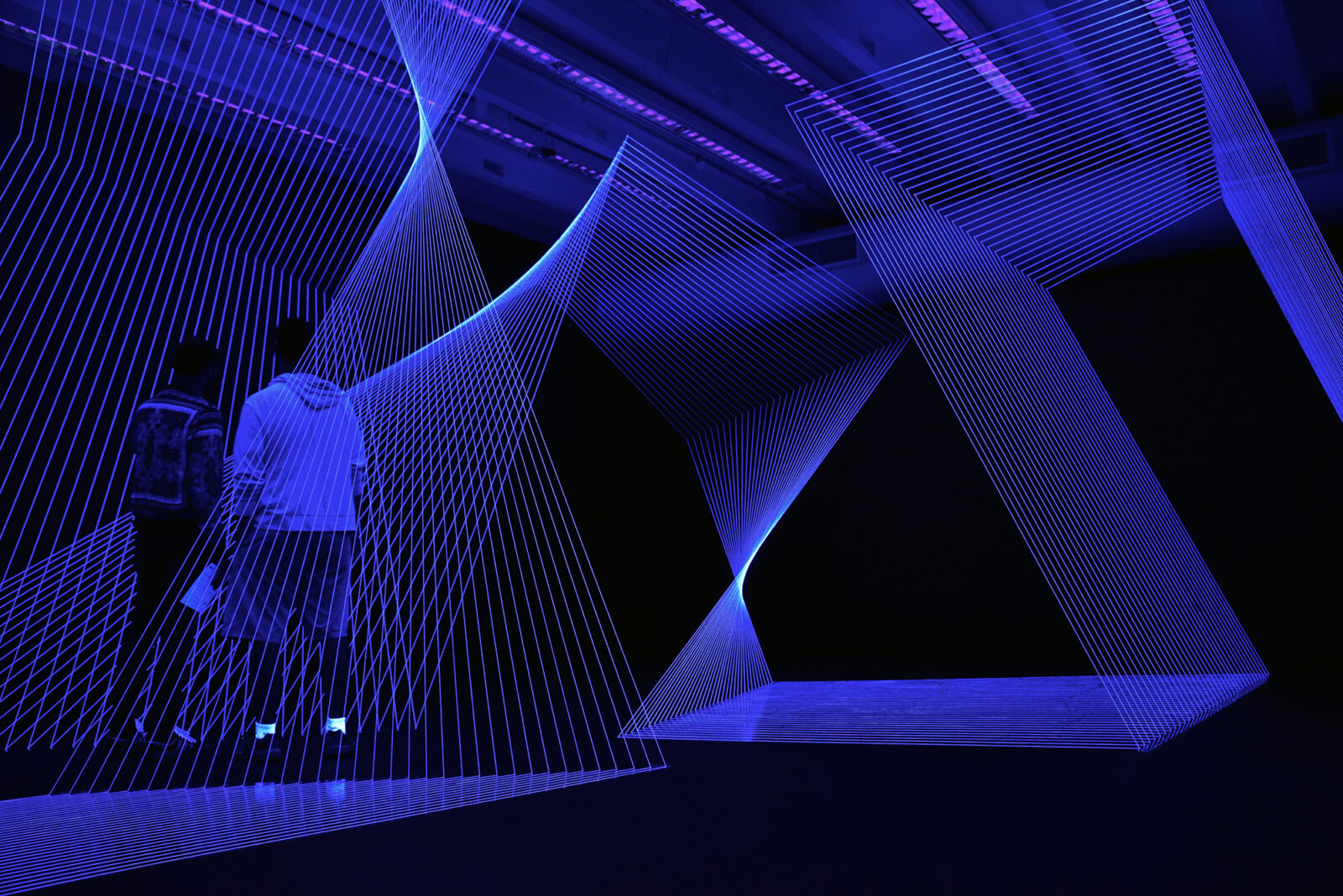 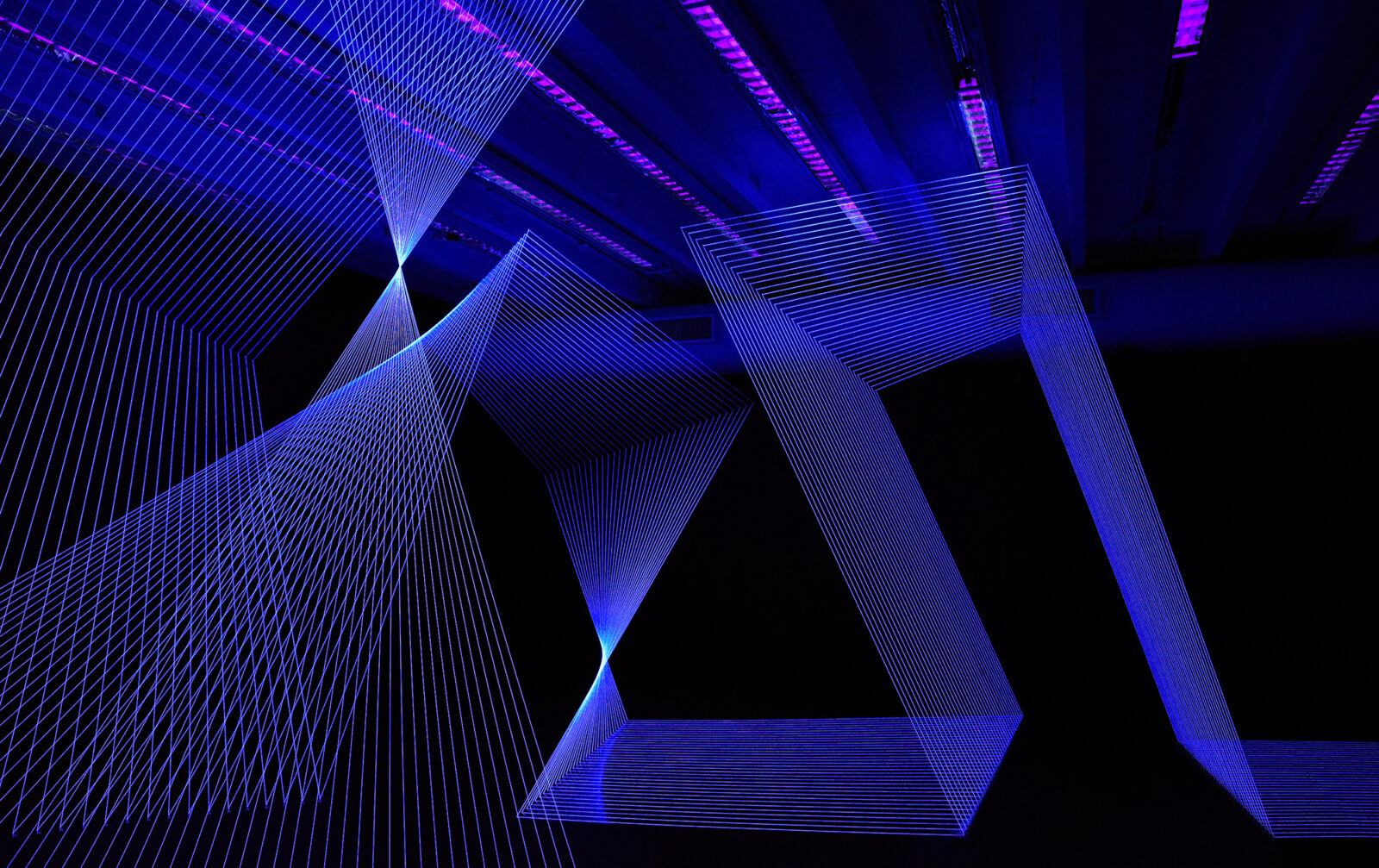 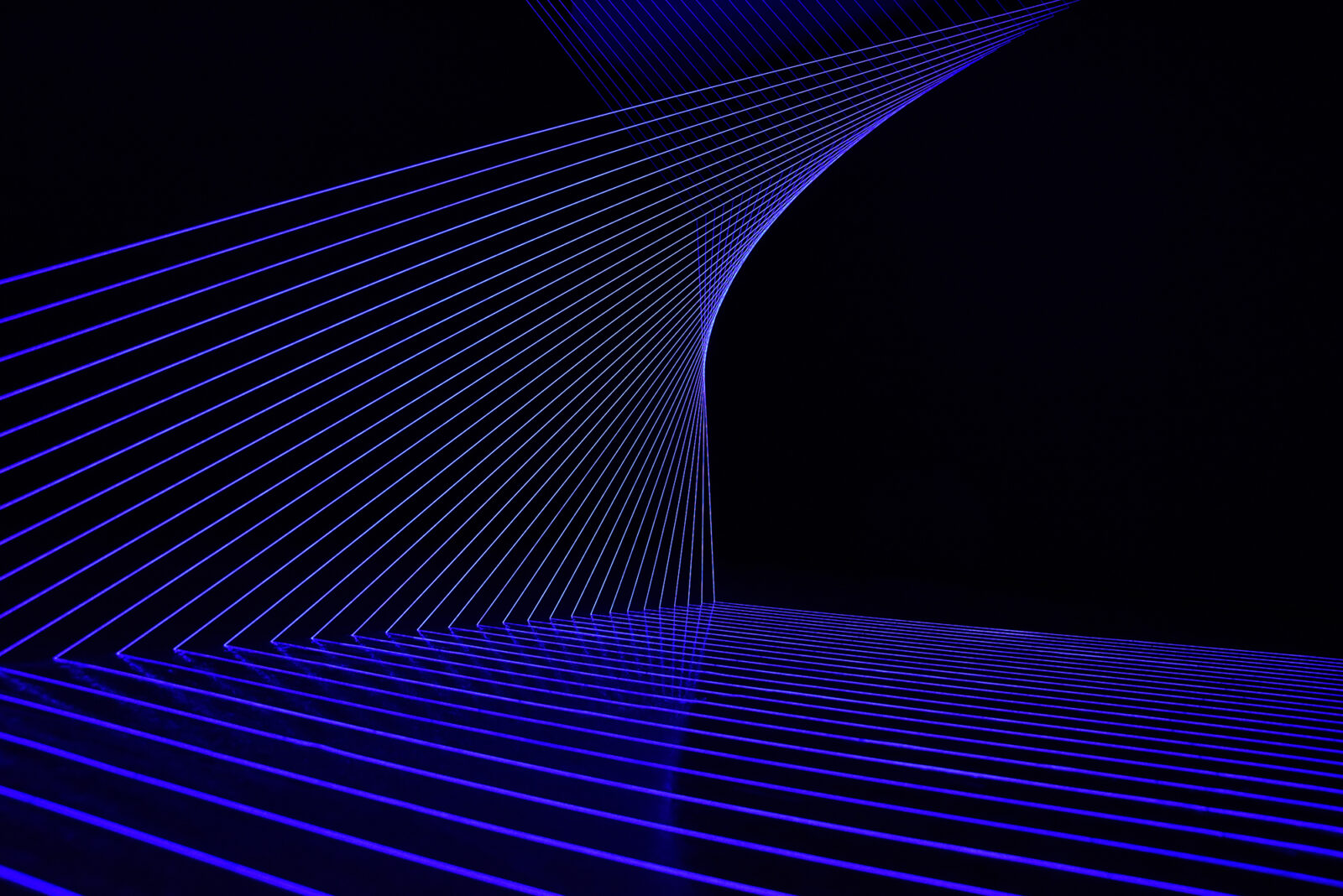 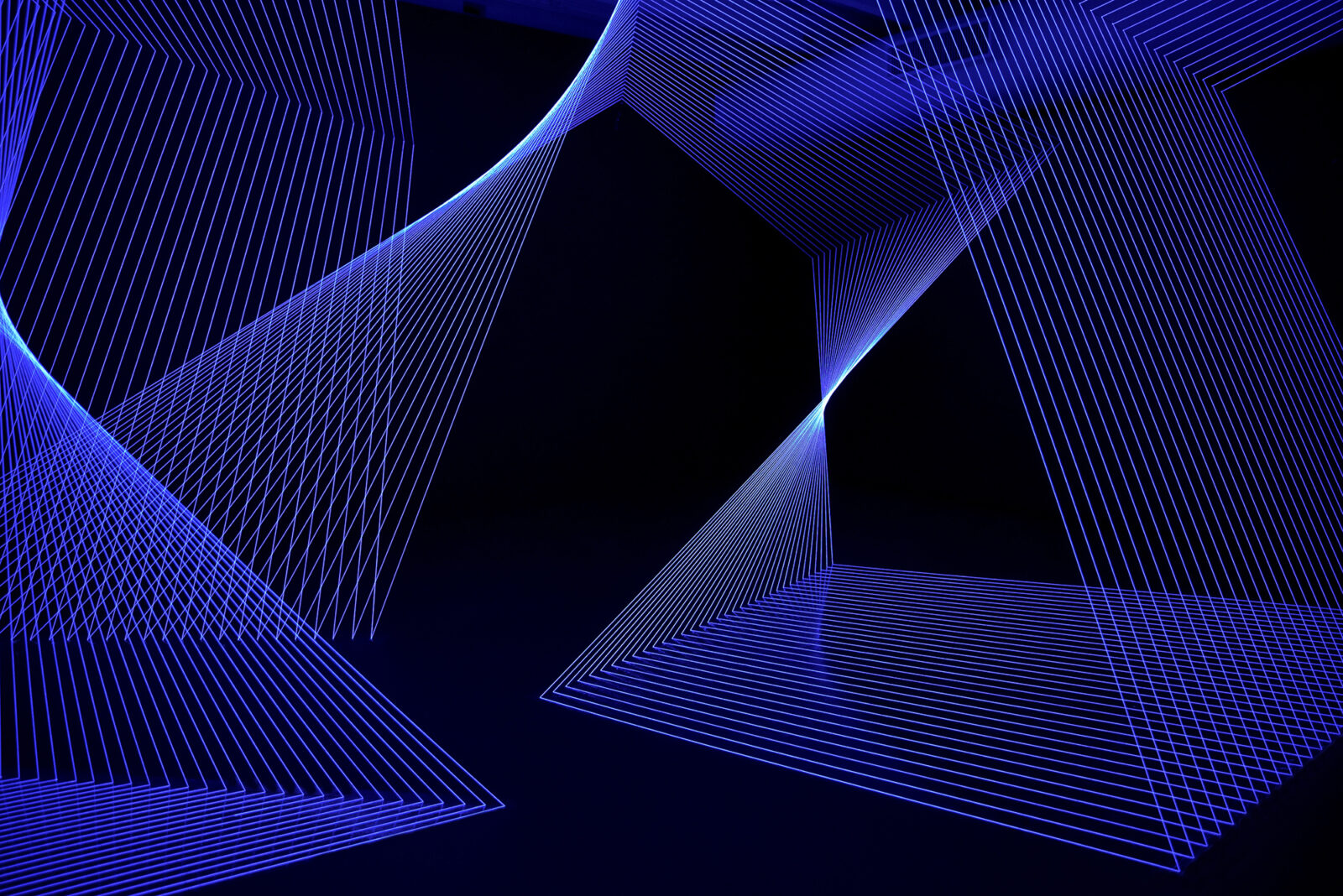 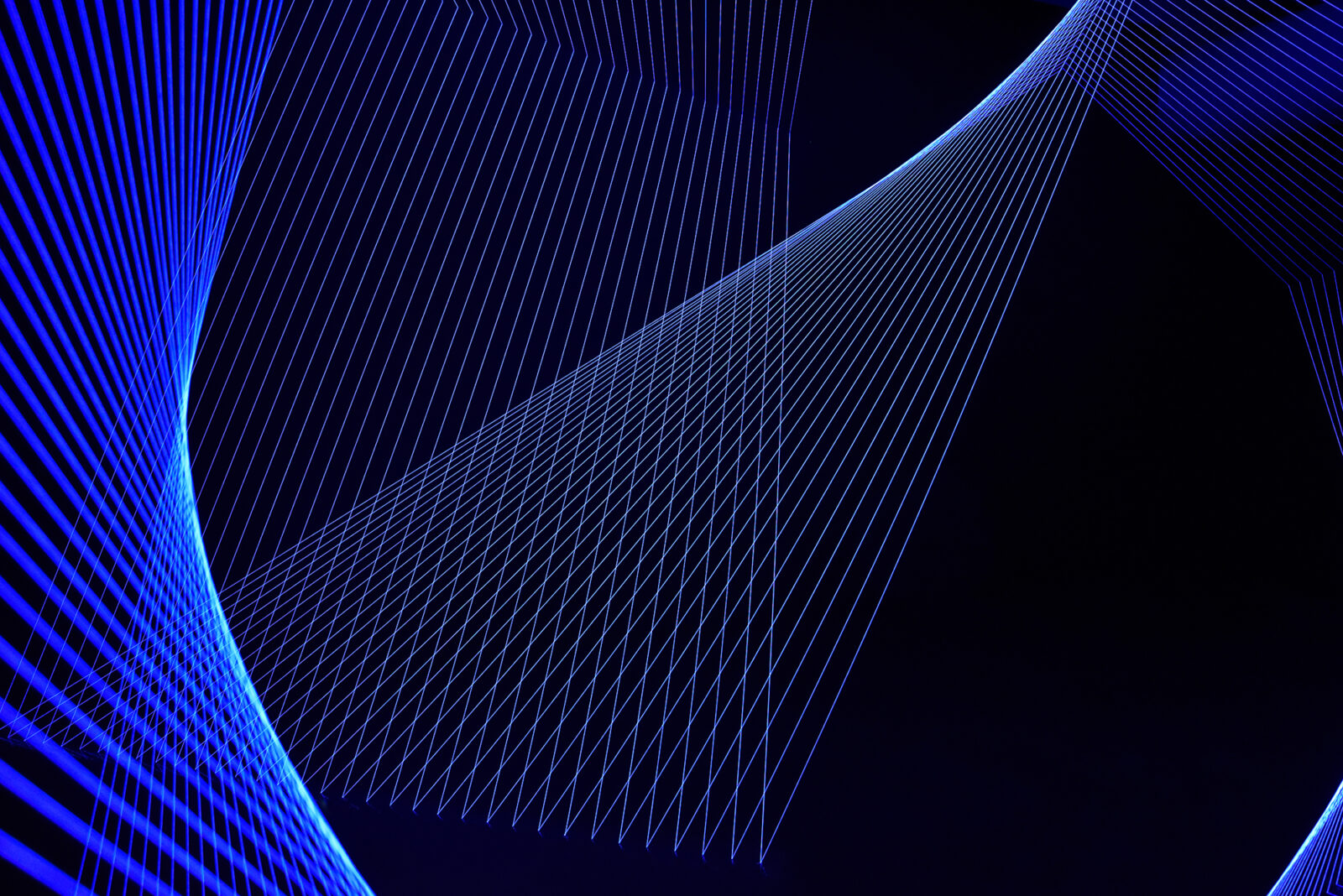 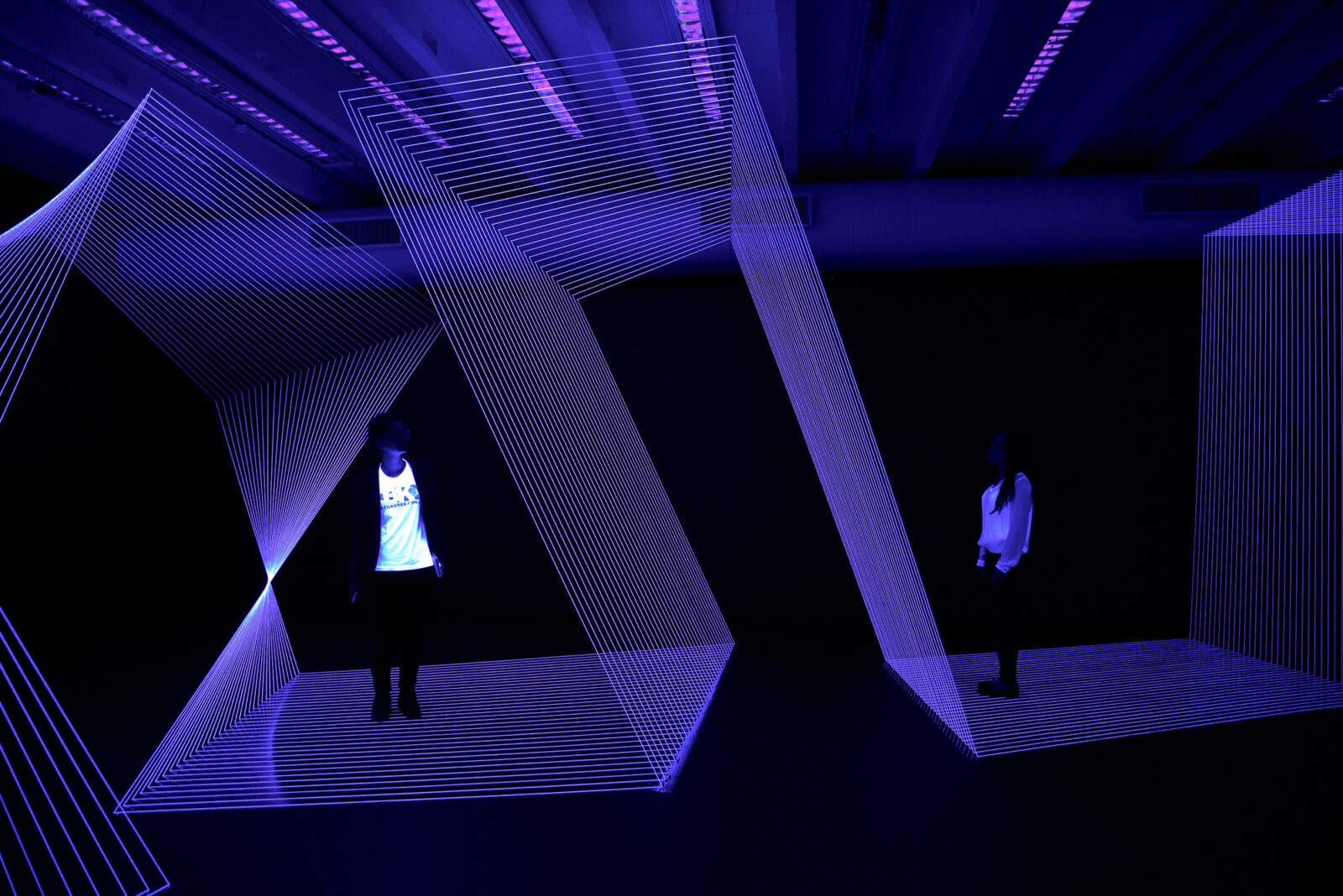 The light of the world in Curitiba, the world’s light coming from Curitiba: the 2015 edition of Curitiba International Biennial is themed art of light, art and light art made of light and has the light your matter, its material and content.Light is the necessary condition for the existence of a work of art in its various modes. But there is a territory of contemporary art that turns to light in itself a sufficient condition for its manifestation without resort to any form of mediation or conceptual and stylistic appeal. Among all modes of art, the art of light is perhaps the one that most free of rhetoric and cerebralidade shown. In the art of light there is a silence of words and images of the most appropriate to create, around the beholder, the ideal conditions for a direct contact with the pure aesthetic experience, one that many artists sought to late 19th century and early next without actually reach up to the emergence, first of abstractionism and then the art of light.

The title and its echoes
The title of the edition 2015 of the Curitiba International Biennial was extracted from the eponymous novel by Icelandic author Halldór Laxness, winner of the Nobel Prize for Literature in 1955. The title of the novel, 1927, is not the only reason for their reproduction in this Biennial. Living and writing in an extreme point of the world in a literal end of the world, Halldór Laxness insisted the power of beauty, which he located in the center of the poetic experience in any of its forms. And for this reason the title of the novel and the memory of Halldór Laxness is here claimed. This writer also venerated and paid their tribute to nature, whose “ineffable music,” he could hear and which could distinguish the “sound development” of a deity which for him was not imaginary or religious but resulting feeling of all living beings their relationships with others and with the world – a world which, he wrote, should be guided by the idea of ​​freedom and social justice. These words could not be more contemporary. This year 2015, the UNESCO declared the Year of Light and that marks the seventy years of the dropping of the atomic bomb on Hiroshima and Nagasaki, the proposed Halldór could not be more timely.

The light was continuously identified with beauty, there was and there is a culture of light as beautiful the way and it is not without reason that mankind sees beauty in the light, in addition to its nature as half as essential to life as water and air. It is clear today that the light comes from every corner of the world, not just some of them privileged choices for ideological or geopolitical customs, which gives more power to the beauty existing in it. However, light is not only positive, and this edition of the Curitiba Biennial, knowing that light and dark form an inseparable pair, will remind you. The light calls for more light, as Goethe may have said in his last words – and that’s what this year’s Curitiba Biennial want to suggest once again that light bring more light. The glare of light, however, does not hide his dark side.

The light of art and “victory over the sun”
There is another string art scene touched by this edition of the Curitiba Biennial – and it has to do with the dream, ambition and older claim, expressive and proud of artists, at least in the form it took at the beginning of the century 20, one of the most fertile times innovation in the art. In 1913 it was staged in St. Petersburg, Russia, a futuristic opera titled Victory over the sun. With prologue of the poet Velimir Khlebnikov and Kasimir Malevich scenarios, this opera written in accordance with the principles of futuristic language “zaum” – in Russian, “beyond the mind”, “transrazão” and “alémsenso” and bet on the indeterminacy of meaning -had intended to abolish the sun, remove it from the scene and let the world open to artificial light, the light of man, the light of art. With the withdrawal of the sun, he noted Malevich total darkness that would set free the artist from oppression the sun insisted on exercise on the artist by pointing you what could or should be represented, painted, sculpted. The sun puts in evidence the world – but the world was little to the artist of the turn of the century 20. It was up to the artist to propose the light and she set her world. This Biennale will put into play some of these ways to bring light into the world from the art; some of them are signed by artists who were among the pioneers of this trend and others form part of a current practice that continues to propose the art of light as contemporary way par excellence.

Open to the public from October 3, the Curitiba International Biennial 2015 will receive the South Korean artist’s exhibition Jeonmong Choi at the Oscar Niemeyer Museum. The artist uses the old cotton yarn through the creation of luminous environments. In postmodern times, it is expected that the artist works with a fabricated idea. And Choi does so masterfully – not only is geometric perspectives for light, but also invites the viewer to experience them.

In the age of laser, Jeongmoon Choi uses the ancient medium of cotton thread to create his luminous environments, which are nevertheless presented using high tech. There is more than one play of illusions at work in her art. She employs a fabricated idea—something that is only to be expected in an oriental artist working in post-modern times: a combination of traditional weaving and contemporary technology, Jeongmoon Choi’s case translated into the medium of ultraviolet light. This creates geometrical perspectives and total immersion is not only represented but experienced as a result.

“How to own other manifestations of the art of light, this artist elaborates environments and offers the visitor, which is no longer just an observer or a spectator, but the total viewer, as in the case of works of many other artists gathered here, this is one that has the possibility of entering the work and be part of it”, says Teixeira Coelho.